People who have viewed this item have also viewedSee all Exhaust

The FMF Power Bomb Header Pipe is always a solid choice when you want great sound, extra power, and straightforward performance added to your dirt bike or ATV.

The stainless steel construction of the Power Bomb makes a pretty package. But the center of focus is the "Bomb" module precisely located on the header, giving you up to 10% better exhaust gas flow. The Power Bomb uses its dual chamber design to circulate gas through an external chamber where it expands and contracts before exiting the header at an increased velocity. This increased flow will give you a snappier throttle response and a noticeable bump in performance.

The external chamber also acts as a type of "pre-muffler" that lowers the exhaust note up to 1.5 decibels for a deeper, throatier sound. The FMF Power Bomb easily bolts on in place of your stock header and is a perfect pair with FMF silencers to create a complete package.

With that said, at least on my DRZ400 I did notice a few minor perks. Firstly, yes its larger diameter than OEM. Better flow, so jet accordingly with a matched muffler. Second, it weighs half of the stock pipe. Thirdly, its stainless so not much to explain the benefits of that in itself.

With that, there wasnt much noticable gain on my DRZ with 3x3 mod and proper jetting and after market filter( I use a Moose which are great btw). It does have a "tiny" bit of top end gain. But with basic physics, the larger diameter and greater flow with that tiny bit of top end, the bottom end grunt was diminished equally tiny amount. Double edged sword with overall flow and back pressure change.

Overall I do like the pipe as it looks way better than stock and weighs allot less. But honestly its all in your head power gain without major motor changes itself when it comes to exhaust. I have a Q4 with it and like the whole system in general. The gain in better tone and weight redu tion are the best benefits with any exhaust system by itself.

On a side not, i actually kinda like how the Q4 sounded with the OEM header over the powerbomb, it was rounder and more mellow. With the powerbomb its actually a little sharper in sound. But it isnt unbearable. Also fit well but was a bear to install with muffler.

If you want a fancy looking light replacement, this works well with some tiny gain.

-m-2018 SUZUKI DR-Z 400S--
June 27, 2019
Tony Z
Papillion, NE, US
Age: 25-44
Purchased
9 months ago
Gender:
Male
Value
5 / 5
Durability
5 / 5
Ease of Installation
5 / 5
Fitment
5 / 5
Performance
5 / 5
Finish
5 / 5
Features
5 / 5
Recommend it?
Yes
Great sound and better looking than stock
I own a 2015 KX450F. My factory header was all worn out and rusty. I didn't have a huge budget to replace my header pipe. Then I came across the FMF Power Bomb header. You can not beat the value of this very simple up grade to your bike. It will be one of easiest installs that gives you great looks (people think its the Titanium because of the color it turns when hot) and better performance.

The fitment on my bike was perfect. The quality of the hardware is top notch. Love the bend of the pipe and how all the welds are done.

I highly recommend this part to anyone looking to get rid of there old factory header pipe and get more of that factory look. A great value at this price. 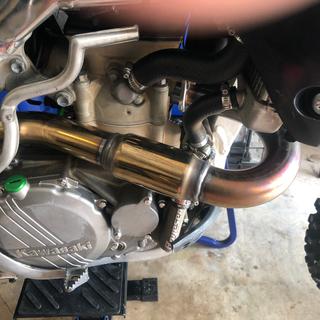 High quality finish and excellent fit.
June 15, 2019
Avel G
Jupiter, FL, US
Age: 45-64
Purchased
10 months ago
Gender:
Male
Value
5 / 5
Durability
5 / 5
Ease of Installation
5 / 5
Fitment
5 / 5
Finish
5 / 5
Features
5 / 5
Recommend it?
Yes
Quality
Fast shipping and great selection. That keeps me comfortable ng back. The header pipe fit like a gloce and turned a golden brown color quicly after unnamed ng. Good od quality pipe. I have not rode it yet so can not comment on performance.

-m-2009 KAWASAKI KLR650--
April 15, 2019
Stephen V
Russia, OH, US
Age: 45-64
Purchased
1 year ago
Gender:
Male
Weight:
131 - 160 lbs.
Height:
5'10 - 6'0
Value
5 / 5
Durability
5 / 5
Ease of Installation
5 / 5
Fitment
5 / 5
Performance
5 / 5
Finish
5 / 5
Features
5 / 5
Recommend it?
Yes
Best. Header. Ever.
The FMF powerbomb header is probably my favorite engine upgrade. Paired with a Powercore IV it makes a real nice throaty tone. Keep in mind when you swap the header on a carburated bike you're gonna have to rejet. Getting that done it looks real good mounted on the bike, functions perfectly, and being stainless turns neat colors when hot (mine turned a blueish purple color). Probably the easiest engine mod (save for a sparkplug) to do. Took 5 mins to install. I'd give this more than 5 stars if I could. 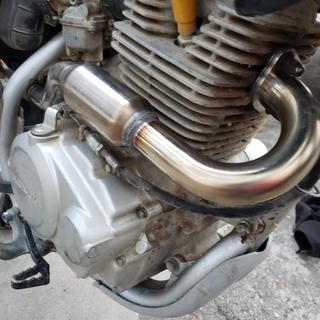 Brand new first installed
April 7, 2019
Aaron S
Chino, CA, US
Age: 15-24
Purchased
1 year ago
Gender:
Male
Weight:
191 - 220 lbs.
Height:
5'10 - 6'0
Value
5 / 5
Durability
5 / 5
Ease of Installation
5 / 5
Fitment
5 / 5
Performance
5 / 5
Finish
5 / 5
Features
5 / 5
Recommend it?
Yes
FMF Power bomb head pipe.
Put a FMF Q4 in as well and the power bomb really brought it all together. I rode it one day with stock header but jetted it forma full system and that day it snap crackled and popped upon deceleration and sounded like crap. I put the power bomb on and it made all the difference runs great and no crackling anymore and I notice the difference in tourque. 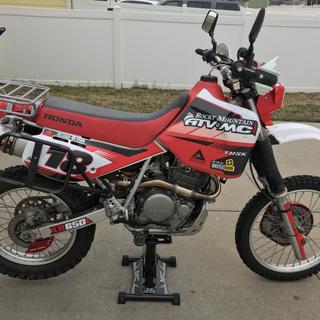 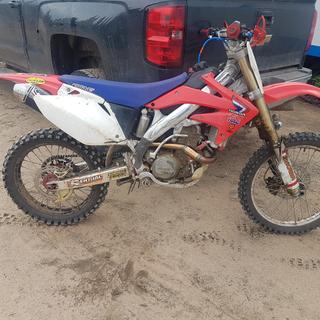 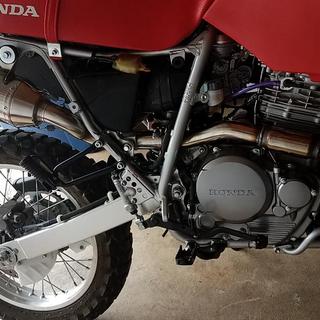 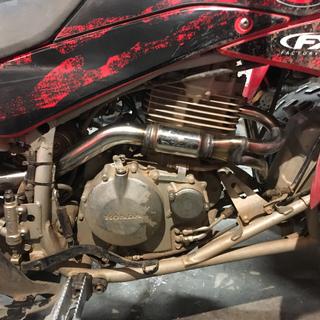 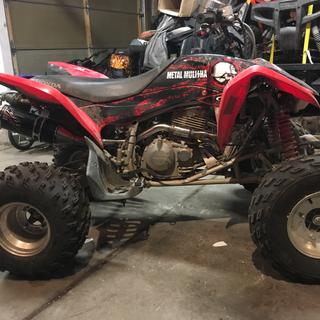 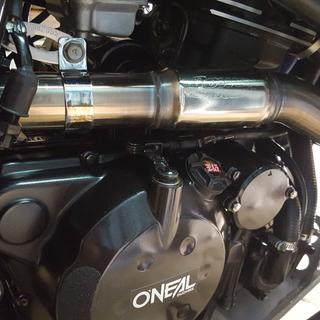 Verry cool looking
April 2, 2018
anthony b
Adeliade , Mt barker S.A , AU
Age: 45-64
Purchased
over 2 years ago
Gender:
Male
Weight:
191 - 220 lbs.
Height:
5'7 - 5'9
Value
5 / 5
Durability
5 / 5
Ease of Installation
5 / 5
Fitment
5 / 5
Performance
5 / 5
Finish
5 / 5
Features
5 / 5
Recommend it?
Yes
As good if not better than expected!
I won't go into if my bike got more power with this Power Bomb as only a dyno test would show it but it seems it does.
Although the description says that FMF does not guarantee the header pipe will fit with the original muffler, let me tell you how precise the fitting is, just perfect in length, curve and diameters.
Too early to say about durability, I have 5 stars based on FMF reputation. 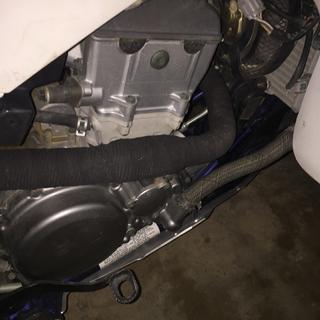 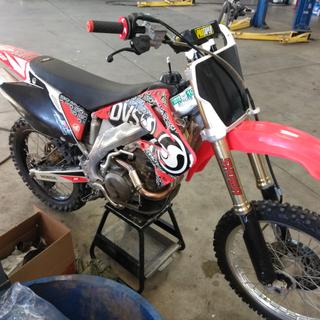 -m-2007 HONDA CRF250R--
December 15, 2017
Beverley S
Townsville, Queensland, AU
Age: 15-24
Purchased
over 2 years ago
Gender:
Male
Weight:
131 - 160 lbs.
Height:
5'7 - 5'9
Value
5 / 5
Durability
5 / 5
Ease of Installation
5 / 5
Fitment
5 / 5
Performance
5 / 5
Finish
5 / 5
Features
5 / 5
Recommend it?
Yes
Improves powerband over stock header
This header is used in conjunction with the FMF Q4 muffler. This setup is four pounds lighter than stock, and it is up high weight. Using this system in addition to switching to a Lithium battery saved a total of 6-3/4 pounds, lowering the center of gravity of the bike, which improved handling and stability. The system was easy to install, with no fit issues.
The power delivery is smooth across t he powerband, and the low and mid range pull are much stronger, Top speed is the same as with the stock.
Summary- lighter weight, improved performance and a rich yet quiet exhaust tone were had. Highly recommended. 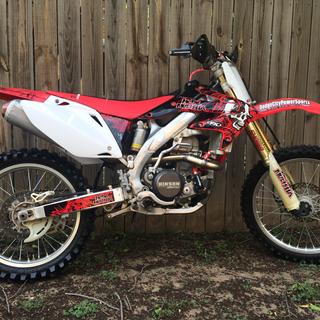 The other thing to consider is that the components are all part of the exhaust system. In engineering terms, a system is a combination of components designed, when put together, to produce a particular outcome. These companies design their parts to work best with each other. You may not get the same performance outcome if you blend products from different competitors.
0
BEST ANSWER: FMF makes their header pipes to also be able to marry up to your stock silencer. If the Yoshi slip-on is made to also fit on a stock header, then in theory the powerbomb and the Yoshi silencer should connect. The unknown is the exhaust side pipe diameter of the powerbomb and whether or not it is the right size to fit inside the opening of the silencer. FMF also sells aluminum sleeves/adapters that may be needed. My recommendation would be to call Yoshi or FMF customer support to ask the question just to be sure.